6 Things Michael Scott taught Us about Business and Sales

For all the wild antics and shenanigans, Michael Scott was great at his job. He was the top salesman 2 years in a row and subsequently became the branch manager of the Scranton office. 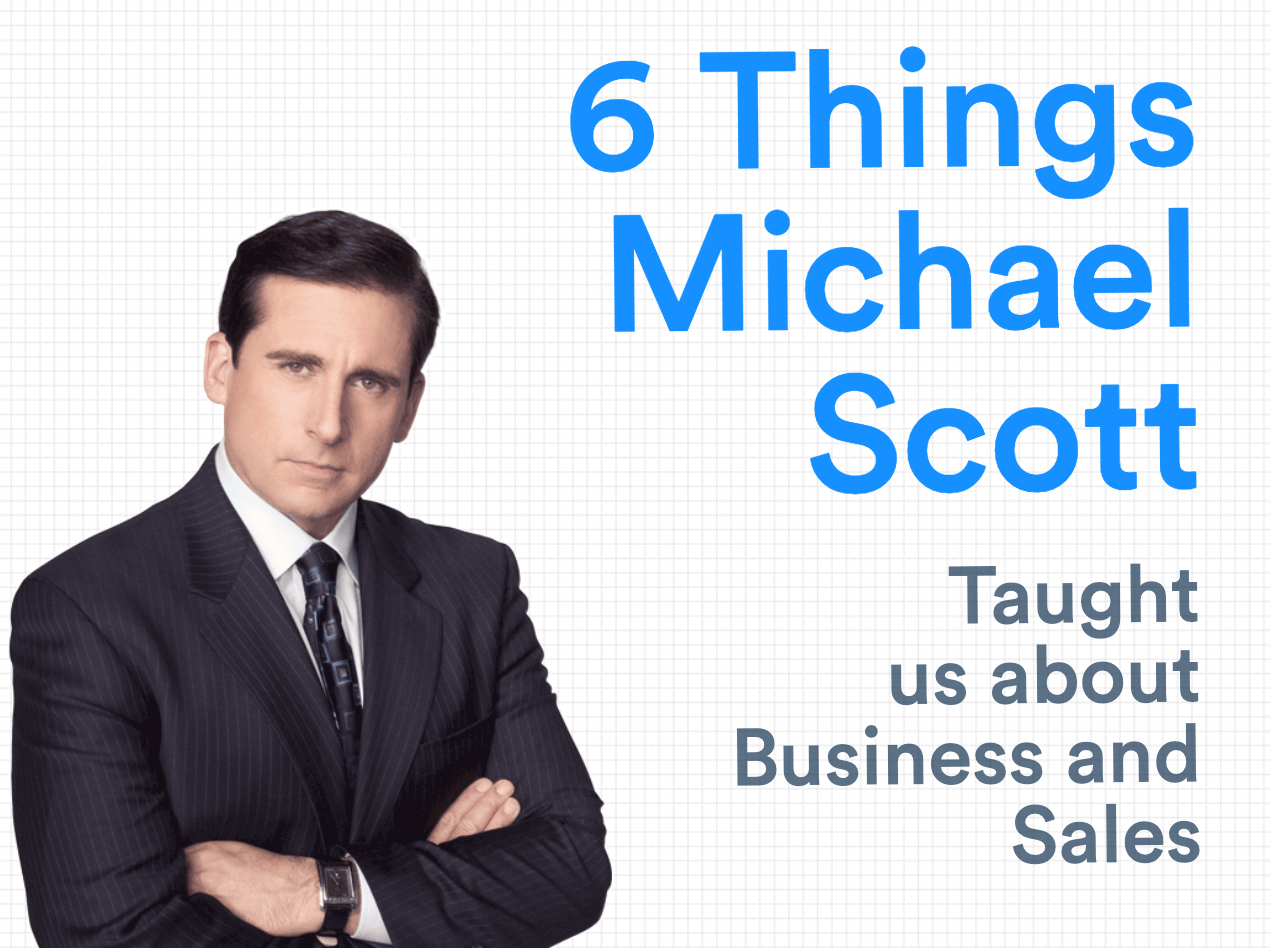 Over seven seasons of the office, we saw Michael be a less than stable boss, and get into some really interesting situations. To our disbelief, as well as everyone at Dunder Mifflin's, it seems that Michael may have actually been a business and sales genius. For all the wild antics and shenanigans, Michael Scott was great at his job. He was the top salesman 2 years in a row and subsequently became the branch manager of the Scranton office.

Read your customers and align what you both want

When Jan and Michael have a sales meeting with a huge client at Chili’s, Jan wants to be cut-throat and to the point. Michael sense's the customer's attitude, makes a joke and shifts the conversation. This quick pivot allows him to complete the sale over an Awesome Blossom and baby back ribs.

In the Golden Ticket Episode, Michael translates his love for Willie Wonka into a fantastic marketing campaign. The premise is to hide a handful of Golden Tickets inside the packaged paper, which will allow the holder 10% off discounts for one year. The CEO shows up to personally thank Michael for his fantastic idea, which has helped Dunder Mifflin increase its paper sales.

Master the art of Negotiation

When Michael leaves Dunder Mifflin to start his own paper company, The Michael Scott Paper Company, he finds himself struggling to make a profit. However, he successfully steals some of Dunder Mifflin's biggest clients. With Pam and Ryan by his side, he goes into negotiations with David Wallace, Dunder Mifflin's CEO to discuss a buyout which would give Dunder Mifflin their clients back.

Michael is able to bluff, and negotiate for not only his job, but Pam and Ryan's as well. Pam gets a promotion to Salesperson as well.

Empathize with the Customer

When Michael takes up a part-time night job as a telephone salesman selling weight-loss pills, he is chastised for taking too long on the phone, even though he has an amazing conversion rate. He is able to connect with the customer and have a genuine conversation rather than sticking to the company  script. He knows his way works.

Know the Power of the Presentation

...or presentations in general. When you want to motivate, or get a message to a large group at once, presenting the why behind your idea is endlessly valuable. This is especially relevant if you are in Business to Business sales, where you need presentations to perform the job. It's important to learn how to deliver truly impactful presentations for your customers.

Stay Passionate about Your Business

No one loved Dunder Mifflin more than Michael Scott. Michael was unfaltering in his loyalty to the company and its employees. So much so that he waits outside David Wallace's house when he hears his branch may close in an attempt to change his mind.