Embracing your Flaws for Marketing Success

September 13, 2009: A mic is stolen. Kanye West interrupts Taylor Swift’s acceptance speech for the best music video at the MTV Video Music Awards. The audience is shocked. Taylor never gets her speech. It’s all terribly uncomfortable. But what happened after? 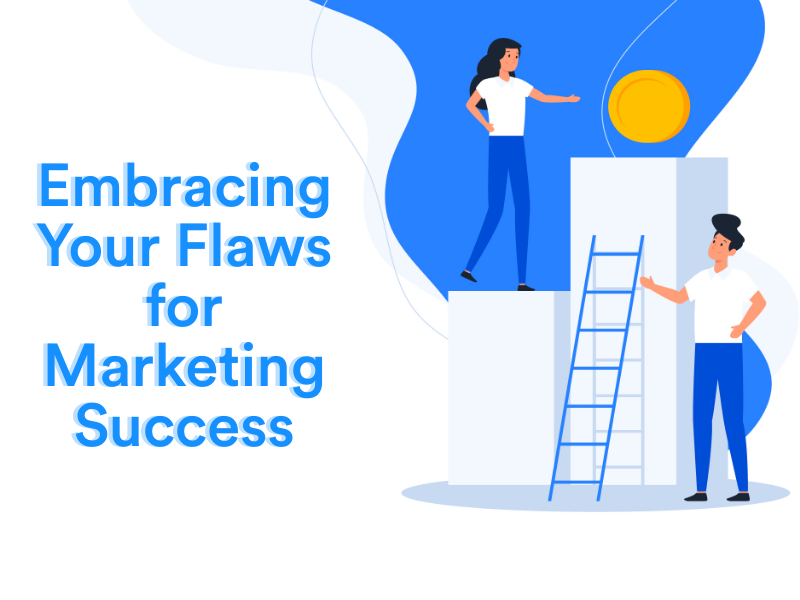 The audience is shocked. Taylor never gets her speech. It’s all terribly uncomfortable.

But what happened after?

Now before you say it, Kanye absolutely did not make Taylor famous. Her creativity and music did that for itself. Taylor had already built a space for herself in the music industry long before Kanye cut her off.

But… it may have made her more relatable.

Kanye was talked about as being a jerk for years, which subsequently gave Taylor a lot of press.  Kanye’s actions also made those who may not have known who Taylor looked into her music. The narrative was about how sweet Taylor was and how she deserved better.

So while Kanye didn’t make Taylor’s career with his rudeness, he certainly didn’t hurt it.

This is how you should approach setbacks in your business. When you make a mistake or have an embarrassing moment, whether it’s on your own or someone else’s hand, it’s relatable. It’s human.

Relatability and honesty make your audience like you even more.

People are often skeptical of your marketing. They know it’s meant to persuade them to buy something, and are wary of oversellers and liars. This is fair since most marketers airbrush or gloss over their product’s imperfections or claims extreme results.

While it can feel counterintuitive to point out your own flaws, some brands have used this strategy to stand out and build trust with their audience.

Let’s look at some brand examples.

Richard Sutton dug up quite a few examples in his book The Choice Factory, which you should definitely check out.

In 1959 VW released the Beetle, with ads pointing out all its flaws.

With this ad campaign, they focused on the quality of their engineering and downplayed the aesthetics. By being honest about the “embarrassing” comments their products were getting, they were able to foster a sense of honesty with their customers.

Just a few years later VW went on to sell more cars in the US than any other imported brand had ever sold.

Another example of this is Buckley’s cough syrup. Buckley’s ran ads featuring slogans like “It tastes awful. And it works.” or “I wake up with nightmares that someone gives me a taste of my own medicine.”

All this to say, acknowledging a weakness doesn’t make your brand weak.  Focus on the positive, but acknowledge embarrassing moments. If you roll with the punches, you’re less likely to get knocked out.