Finding Your Drive for Entrepreneurship

Many people dream about being their own boss, but few ever achieve it. With 7.53 billion people in the world and only 582 million entrepreneurs, only about 7% have gotten there. The idea of working from home, making your own hours and not working under anyone else is appealing sure.... 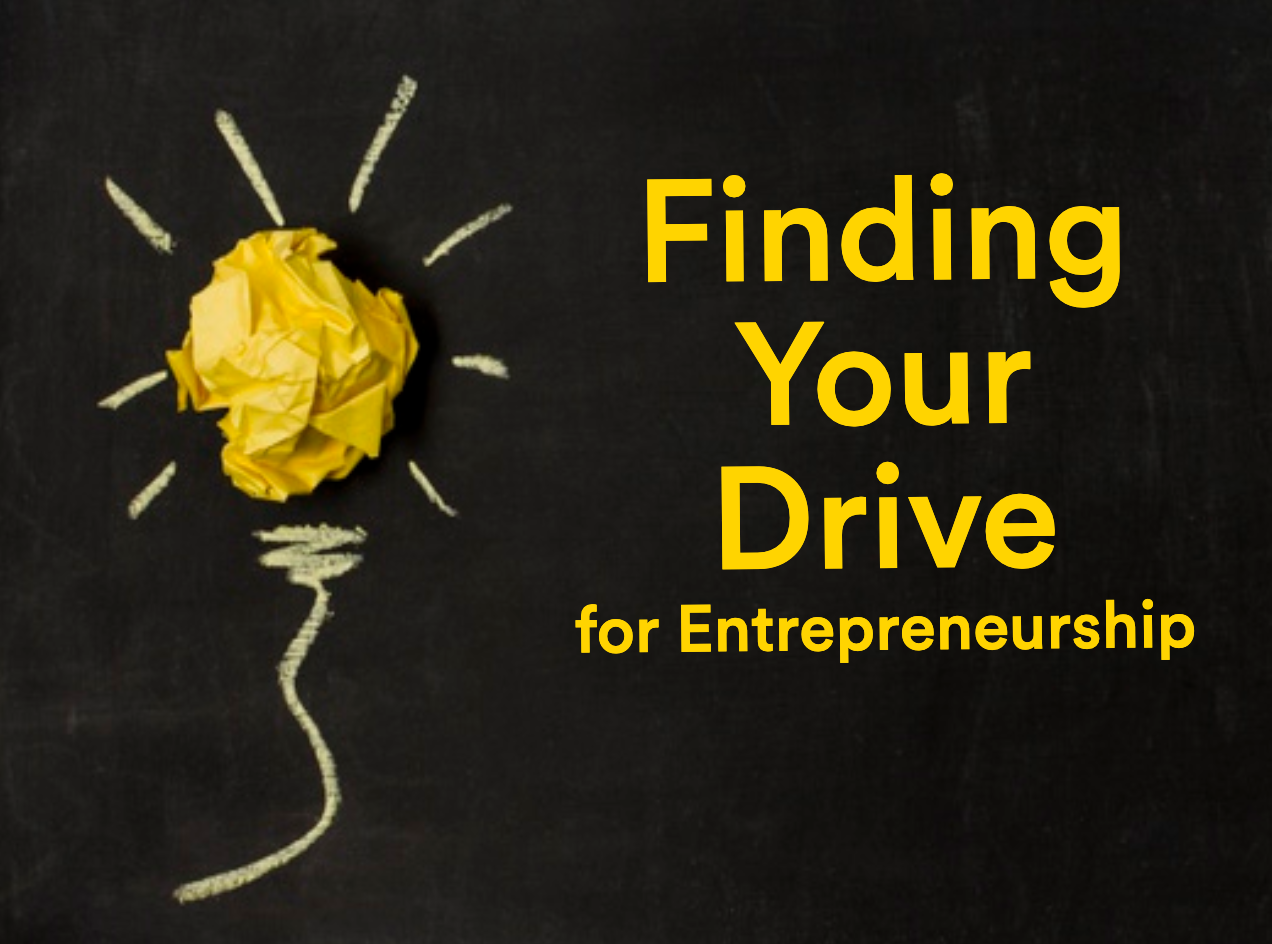 Many people dream about being their own boss, but few ever achieve it.

With 7.53 billion people in the world and only 582 million entrepreneurs, only about 7% have gotten there.

The idea of working from home, making your own hours and not working under anyone else is appealing sure, but it's not for everyone.

You Need to be a Risk-Taker

In those first five years, when the entrepreneur's success rate is about 50%, you often need to put your family, finances and personal stability on the line.  As well, many have a hard time deviating from the college-to-career path that is laid out during our school years.

**“*The only strategy that is guaranteed to fail is not taking risks.”-*Mark Zuckerberg, founder of Facebook

You could be held back by the fear of failing, the stress of starting a new business or the grind of managing a small team.

What really holds you back though, is your mindset and drive.

The question becomes what drives you to be an entrepreneur?

It's common that entrepreneurs simply aren’t able to create their best work in a traditional “boss-employee” relationship, so instead seek the autonomy of entrepreneurship to maintain their sanity. We've all had at least one boss who drove us a bit off the rails at times, so this one is easy to understand.

26% of entrepreneurs say their biggest motivation for starting their own business was the idea of being their own boss.- Guidant Financial

They say, the higher you go, the harder you fall. As you climb the corporate ladder, the demands can stack up against you. Long hours, relentless bosses and clients, or feeling stuck can leave you scrambling to get out.

If you have a problem with being micro-managed or following someone else's motivations, running your own business can be hugely freeing.

Sure, you can work for someone else and make good money. No one is saying you can't. The earning potential for entrepreneurs can feel like a gamble, but there's really nothing like it.

You could become an incredible lawyer or surgeon, but still, end up with a couple of million dollars a year.

When you start a successful business,  you have self-made millionaires-billionaires to look up to. The Mark Zuckerbergs of the world embodies the real Cinderella story that many will dream of replicating. The earning potential is enormous, and it's so tempting to try to get it yourself.

This is a big one.

Entrepreneurship isn't always built on a need to make more money or improve your own working conditions. Sometimes, it stems from wanting to improve the lives of others.

Jason, CartKit's CEO, often shares his passion for improving the tools available for Shopify users. When he began his silks business, he was initially frustrated with the offerings and made his own tools to optimize his remarketing strategy. He realized others could benefit from what he'd built. You can read more about Jason and CartKit's origin story here.

Contributing to the Economy

Being able to provide employment for others, and build a tight-knit team is very appealing. It can be so fulfilling helping others to find meaningful, stable work with your business.

If your business is truly successful, it can benefit others for generations.  Not to get too dark here, but how amazing would it be to create a legacy for your family, or to hold your name long after you're gone?

83.1% of US business owners started their companies, according to FactFinder. Let that sink in. All these businesses started from scratch, maybe exactly where you are now.

Don't Hold Yourself Back

The most common reason why businesses fail is there’s no market need, so if you're validating your market, and taking feedback from it consistently you should theoretically be ok.

“If you don’t build your dream, someone else will hire you to help them build theirs.” - Dhirubhai Ambani, founder of Reliance Industries

If you have an idea, go for it.

If you have a business already, dig deep and find your grind.

Find what drives you and let it take you where you want to go.