Your Store is truly One in a Million, as Shopify hits a New Milestone

Shopify has announced they hit a new milestone on October 29, 2019. 15 years after Tobi Lutke’s first store, SnowDevil, launched in 2004, what has now become Shopify has hit 1 million merchants on the platform. Think about that: One. Million. Stores. 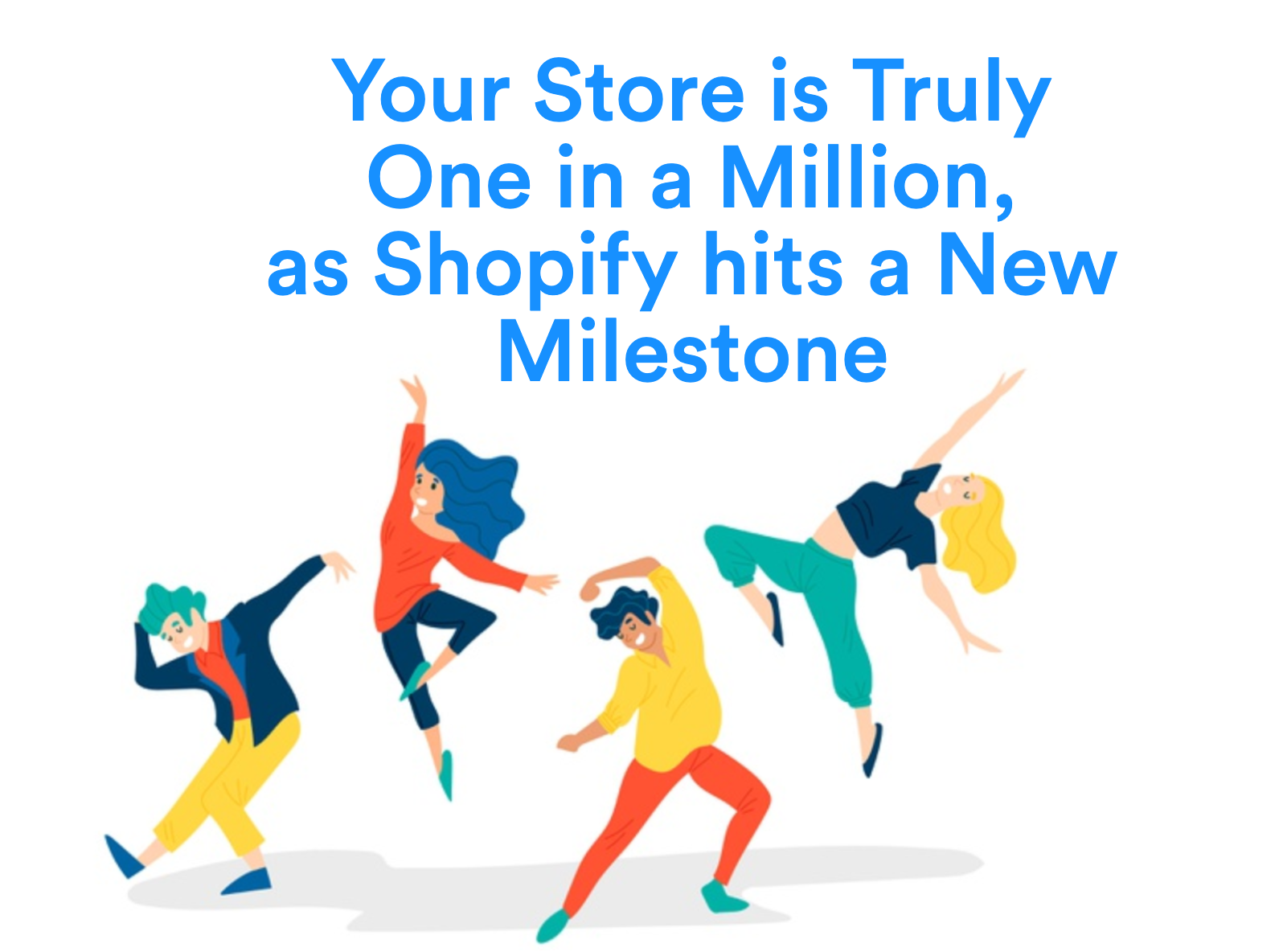 Let’s all take a moment to take this in because this is thanks to businesses like yours and the spirit of entrepreneurship you exemplify.

Shopify has announced they hit a new milestone on October 29, 2019. 15 years after Tobi Lutke’s first store, SnowDevil, launched in 2004, what has now become Shopify has hit 1 million merchants on the platform.

This is extremely exciting.

In an age of eCommerce and retail giants, people like you have taken the leap to chase your calling. You have stood up against the big players and carved out your piece of the market. The power of your voice and your niche make you stand out against the giants. You’re an example for entrepreneurs everywhere.

“More than a million merchants are now building their businesses on Shopify, as more entrepreneurs around the world reach for independence,” Tobi said. “These merchants chose Shopify because we’re making entrepreneurship easier, and we will continue to level the playing field to help merchants everywhere succeed.”

At the Q3 earnings call today, it was announced that the total revenue made in the last quarter was $390.6 million, a 45% increase from the comparable quarter in 2018.

At CartKit, we are so proud to be part of the Shopify Rocketship helping to grow businesses and improve eCommerce for everyone. Our mission is to help your mission be a success, and it is beyond exciting to see more and more businesses using Shopify and our products to meet them.

With so many merchants on the platform, Shopify is constantly working to improve features and grow your business.  This 1 million announcement follows Shopify’s summer announcements of reduced checkout latency, expansion of Shopify Payments and the much anticipated Shopify Fulfillment Network.